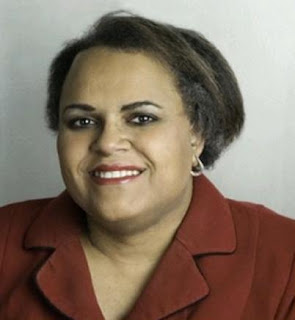 Marisa Richmond is President of the Tennessee Transgender Political Coalition. She also serves on the Board of Directors of the Tennessee Equality Project & Board of advisers of NCTE. She is a former Board Member of AEGIS, IFGE, NTAC, & Nashville's Rainbow Community Center. She served as Co-Chair of Southern Comfort in 2001, chaired the host committee of the 2002 IFGE Convention in Nashville, & served on the Planning Committee for Nashville Black Pride in 2004. She won the Trinity Award in 2002 & the HRC Equality Award in 2007. This year, Merisa will be one of eight transgender delegates to the 2008 Democratic National Convention. She is the first African American trans person to be elected as a delegate to any national political party's convention.

Yesterday, the Platform Committee of the Democratic National Committee met in Pittsburgh to review and amend the draft platform. In July, community meetings were held all across the country to gather input from people of all walks of life. Those of us in the 2nd Transgender Caucus stepped up in our own way to ensure that the concerns of the Transgender community were heard and included. Amanda Simpson of Arizona met with her Governor, Janet Napolitano, who was the Chair of the Drafting Committee. Several others, including me, met directly with Platform Committee members from our respective states. Tennessee has three members on Platform and I met or talked with all three. In our meetings, we expressed the desire to have language calling for Democrats to support only a fully inclusive, employment non-discrimination act. We also urged passage of the Matthew Shepard Hate Crimes Act, access to health care for all Americans, and expressed concern over various ID laws at the federal and state levels. For Transgender Tennesseans, this includes the right to change gender on Birth Certificates, and opposition to the Real ID Act and new voter ID’s.

The Transgender Caucus also has, for the first time ever, two members on the full Platform Committee: Kathy Padilla of Philadelphia and Diego Sanchez of Boston. Unfortunately, Kathy had to resign her seat for personal reasons, but Diego was in the meeting yesterday and represented us in Pittsburgh.

We are pleased that the Platform does call for passage of a “comprehensive” ENDA, but to be honest, most of us in the Transgender Caucus do not feel the term “comprehensive” is inclusive enough. We are, however, pleased with the calls for passage of the Hate Crimes Bill, along with the repeal of both “Don’t Ask, Don’t Tell”, and the discriminatory Defense of Marriage Act. 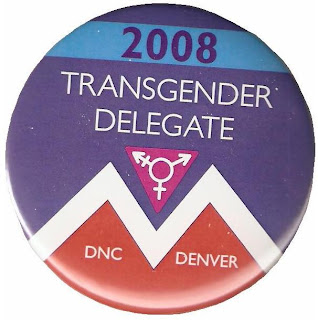 The fact that the Platform does use the term “Gender Identity”, and it passed without debate or dissent on that point, is a reflection of the hard work transgender activists have done over the years, not to mention the work of so many who worked through the United ENDA Coalition since it began operating last fall. And while the Drafting Committee did not have a transgender representative this year, it did include Congresswoman Tammy Baldwin, a strong ally of the Transgender Community and United ENDA in the fight for a fully inclusive ENDA.

The full Democratic National Convention will vote on the Platform in Denver in 2 weeks. At this point, I do not know if we will have a minority report requesting stronger language on a fully inclusive ENDA, but we do feel that we have made some real progress in educating Democrats all across this country on the necessity of passing such legislation and to ensure that the ONLY version that moves forward covers all LGBT people.

I am getting ready to head to Denver and I look forward to continuing the work started by those Transgender people who rose up against discrimination when they started the Compton’s Cafeteria Riot in San Francisco in 1966 and the Stonewall Riot in New York in 1969.

Posted by SeaMonica at 1:44 AM