Did you catch Tim Kaine’s new video, supposedly about the progress the Democratic Party is making on LGBT issues? Like a lot of what comes out of official Democratic Party channels these days, it’s simply unbelievable. Not amazing, exciting, or surprising, but quite literally not believable.

Most notable is Kaine’s assertion that Democrats are “working hard” to pass ENDA. Really? Current whip counts (our own) show that there’s more than enough support to pass ENDA in the House at least, but despite this well-known reality it’s delayed, and delayed, and delayed, until it seems it’s once again fallen off the calendar entirely. Even more ridiculous is Kaine’s statement that “LGBT equality can’t be achieved overnight.”. Has this guy been living in the same country or even on the same planet as the rest of us for the last four or five decades?

Also, let’s be honest, the Dems could have chosen a far better messenger than Tim Kaine to speak to LGBT Americans about our rights on behalf of the Party. Kaine’s wishy-washy “support” of LGBT equality as Governor of Virginia came in the form of weak, watered-down executive orders that his rabid conservative successor Bob McDonnell wiped out almost instantaneously when he took over as Virginia’s Governor, just as the next Republican President will likely do to most of the so-called “progress” on LGBT rights made thus far during the Obama Administration. Perhaps most telling of all is that when Republican Bob McDonnell rolled back those protections, Democrat Tim Kaine couldn’t even be bothered to comment in the media on the loss of those rights for LGBT Virginians. And this spineless ball of fluff is the public voice of the Democratic Party, the guy they roll out to speak on their behalf to the American LGBT electorate? Seriously? It would be laughable if it weren’t so sad, and so very costly to LGBT American workers and to the true progressive movement in this country. Let’s make sure we never forget that it was Tim Kaine, as Virginia’s Governor, who signed that state’s same-sex marriage ban into law.

Simply put, Tim Kaine is not a credible spokesperson or advocate for progress on LGBT rights. History teaches us that Kaine and other fair-weather “progressives” in the Party are not the solution, but rather one of the biggest obstacles to achieving real equality for LGBT Americans.

When we call out the Democrats for being completely out of touch with the LGBT community, our lives, and the issues that matter to us most, it’s exactly this kind of ignorance and lack of substance we’re talking about. Tim Kaine knows better. He has to. Kaine is the poster child example of what happens when a political leader makes a half-hearted, let’s-not-rock-the-boat-too-much effort at making things at least a little easier for LGBT’s during his tenure, only to see all of that “progress” quickly wiped out by a Republican successor because he took the easy, politically convenient route of issuing executive orders instead of working to pass actual legislated law, which of course is much more resistant to attempts to eliminate. That should tell you about all you need to know about Tim Kaine’s “support” for LGBT rights. He’s actually the perfect mouthpiece for the Democrats. Like most of the Democratic Party leadership, when it comes to LGBT equality Tim Kaine talks a good game but folds in the clutch because just like Obama he’ll always prioritize taking the path of least resistance for himself and his political allies over doing what he knows is right for LGBT Americans.

In the interest of clarity and truthfulness, here’s some popular Nibblerspeak lines and their real-world translations:

“Democrats are working hard to pass ENDA.” = “Get back under the bus and wait a few more election cycles until we decide it’s politically advantageous for us to fight for you.”

“I’ll be a fierce advocate…” = “I’ll mention you in a speech or two when it serves my purposes, but don’t expect me to actually fight for you or for your rights. Remember, what I actually do fiercely advocate is that you continue to be denied the right to marry. Even though I used to publicly support that right as a state senator in Illinois, I flip-flopped on same-sex marriage when I ran for federal office because that’s what’s politically convenient for me and my Party. You can expect me to back-burner ENDA and anything else LGBT-related that proves inconvenient for Democrats because the political entities I’m always going to protect first and foremost are myself, my Party, and my Administration. Just be thankful I’m not Bill Clinton and I probably won’t end up actually making things worse for LGBT’s like he did because it’s no longer profitable or good politics for Democrats to campaign on anti-LGBT bigotry in most areas of the US.”

“More education is needed.” = “There are still too many unchallenged bigots like Ike Skelton in the Democratic Party to guarantee passage of LGBT equality bills. We’re not going to make any effort to challenge them publicly because we care far more about protecting the seats our Party cronies hold in Congress than we do about protecting LGBT Americans from discrimination.”

“ENDA will be introduced…” = “Forget ENDA becoming law, at least for the foreseeable future. We keep giving you dates and then moving them further and further back because it’s an election year. We need the LGBT’s who still buy our bullshit to be hungry for justice and flock to the polls in November to vote to keep us in power in the hope of finally being treated decently someday. It’s how we keep Gay, Inc. in line and continuing to come up with votes, donations, and volunteers for us. As long we keep feeding you lies and you keep coming back for more every time, why should we ever pass ENDA into law and cut off our own gravy train?”

“ENDA is a top priority for Democrats.” = “ENDA is, in fact, a top priority for Democrats. Not the actual passage of the bill into law, mind you, but rather being able to dangle it in front of LGBT voters every election season like a carrot on a stick to drive you to the polls to vote for us yet again, despite our consistent failure to keep even our most basic promises to LGBT Americans (see above). That’s worth its weight in gold to us and we’re not ready to give it up. The truth is that ENDA is worth far more to the Democratic Party politically as an unrealized goal than an actual accomplishment so we’re going to milk it for all it’s worth, or at least until you people finally wise up and stop making it so easy for us. As always, protecting our own jobs is far more important and urgent to the Democratic Party than protecting the jobs of LGBT Americans will ever be.”

“Make me do it.” = “Piss off…but don’t forget to vote, donate, and work to re-elect Democrats, ‘cause, y’know, things would be so much worse for LGBT’s under the Republicans…really.”

Got some Nibblerspeak translations of your own? Post ‘em in the comments! 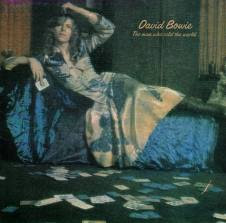 so i wrote, and posted here, a piece about David Bowie; I've been thinking about him over the weekend, having suddenly remembered how much I liked his music (and saw him live at the Tower Theatre in Philly during the Ziggy Stardust tour). I wrote about feeling a little betrayed that--apparently--Bowie's androgyny was really all play, and that he's really straight, and that all of That was just theatre. It made me feel grumpy about him.
But in the hours since I wrote and posted this piece, I've had occasion to wonder if it matters whether or not Bowie was "really" bisexual, or translike, or anything. Maybe what matters is the theatre, and the music.
Like I said, I want to think about it a little more now. So I've taken down the piece i wrote so I can do that. More soon.
jenny b.

Posted by Jennifer Finney Boylan at 7:03 AM 3 comments