The at the of , has released the findings of a survey, conducted by Transgender American Veterans Association (TAVA), that shows that transgender veterans are being turned away and being mistreated in high numbers by Veterans Administration medical facilities. The survey, with 827 transgender veteran participants, was conducted from December 13, 2007 to May 1, 2008. This represents a strong sampling from what is estimated to be approximately 300,000 veterans in the who identify as being transgender. 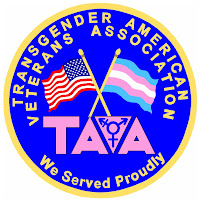 Dr. Jeanne Scheper from The Palm Center at the of , coordinated the report and Dr. Bonnie Moradi, Associate Professor of Psychology at the University of Florida did the analyzing. Dr. Gary Gates, Senior Research Fellow at the Williams Institute, acted as a consultant and provided guidance for survey. Professors Karl Bryant, PhD, of the State University of New York, New Paltz, NY and Kristen Schilt, PhD, of the University of Chicago, , wrote the White Paper report. Notice that four universities in various parts of the country contributed to the creation of this report.

The most troubling figure to come out of the survey was that 10% of transgender veterans, who currently use the VA, have at one time been turned away from receiving any service or medical help. I see this figure as being very disturbing. We served our country honorably and proudly and the VA medical benefits we earned should not be denied or diminished simply because of the direction our lives took after discharge from active duty.

Other figures and interesting information came from the report:

“ . . . nearly one third of the survey participants reported having experienced some form of discrimination in the workplace, with approximately the same amount (31%) reporting that they believed they had not been hired for a job specifically because they were transgender. A full 15% reported that they had been fired from a job for being transgender (with 40% of those people having been fired more than once). Nearly 10% reported experiencing open, blatant discrimination from an employer or prospective employer; they were explicitly told that they were being fired (or not hired) because they were transgender.”

What the survey also brought up was how disproportionate trans men are being targeted under DADT then their trans sisters.

“. . . there were many reports of interpersonal discrimination, via lack of respect from VA doctors (22%), non-medical staff (21%), and nurses (13%). These cases of interpersonal discrimination ranged from what many veterans describe as “typical” – refusing to change to gender-appropriate pronouns, failure to use a new name consistently – to the extreme – refusing to look at transgender patients, referring to them in dismissive ways, refusing to treat them for general medical care. One FTM respondent noted, ‘I was told by a religious clerk that I should just go away because I was an insult to the brave real men who were there for treatment’. Another MTF respondent noted, ‘I am asked about my genitals and my plans for SRS regardless of whether or not it has relevance to my treatment’.”

“ . . . one MTF respondent recounted the following experience: ‘A nurse pulled my partner out in the hall of the VA Hospital where I was an in-patient’ [and said], ‘You know that is really a man, don’t you’?”

There were several Implications and Recommendations that came out of this survey, involving all of the above areas of discussion. The one thing that appeared in that section was a section from the VA’s mission statement:

“We are dedicated to providing high quality, comprehensive health care to veterans in an environment that fosters trust, respect, commitment, compassion and excellence. We serve as a major resource for health services, education and research that benefit our patients, their families, the community, the network and the nation.”

As far as I’m concerned, the VA has a very long way to go to live up to that mission statement when it comes to this country’s transgender veterans.

Finally, the survey showed how transgender people are treated while they are serving this country. Many felt harassment and abuse by others and were investigated for being gay regardless of what sexual orientation was at the time. It shows that transgender service members can no longer be ignored in the discussion of the repeal of Don’t Ask, Don’t Tell. We are also a target under that failed policy and people pushing for its repeal need to realize that we have to be included.

After three and a half months of dribbling out raw data for things such as job discrimination, violence and statistics associated with Don’t Ask, Don’t Tell, the Transgender Veterans Survey Report has now been published. You can read the entire report on the Transgender American Veterans Association web site. Some of the information I will present here has been seen before, while other statistics will be revealed for the first time.

The idea for the survey was presented to the TAVA Board in mid November of 2007 and after creating 117 questions, the Board approved the survey and we placed it on SurveyMonkey.com, a web site that has an excellent reputation with those who conduct surveys. The survey started on December 13, 2007 and ended on May 1, 2008. Between May and August, the Palm Center located a person to analyze the data and then located two people who could write the report. Even thought it took three and a half months for the Palm Center to finish the report, this is record time compared to how long this process normally takes.

Posted by SeaMonica at 4:00 PM

Yet another reason why Gender Identity needs to be included in the proposed federal Employment Non-Discrimination Act (ENDA). There is such a lack of protections for TG people at the federal level. A fully inclusive ENDA will start a precedent that discrimination by Federal Agencies is wrong.