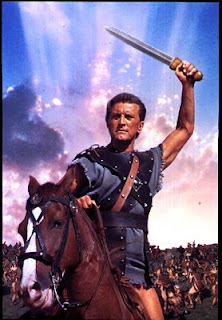 I was thinking about these two things this morning, in response to a conversation I was having with someone about "what causes trans? Is it neurological?" I'm sure this is a conversation you've all heard, or participated in, now and again.

So in thinking about this, first, I admit that I think some forms of being transgendered must be neurological. The experiences of trans people that I know are just too various. Plus, for those of us who had a sense of "something" from our earliest memory: well, it seems hard for me to believe something as profound as this could have "set" into a child's heart, in spite of otherwise loving, stable upbringing.

Two: It doesn't really matter what causes it, probably, any more than what causes left or right handedness. It is what it is, another variation in the human experience, and the sooner everybody accepts that, the sooner we can all be at peace.

I WILL say that early on I did not believe #2; it was very important for me that everyone know that it was "a medical condition" or "neurological." Now and again I will still trot out, for particularly hostile audiences, the not-particularly-convincing research about brain structure done by the Dutch. But for me, it was important that this be seen as an INEVITABLE, UNALTERABLE, THING-I-COULD-NOT-CONTROL, because as long as that was clear, IT WAS NOT MY FAULT. I wanted people to think, it could just as easily have been you who was born with this, not me.

I guess I still think all that, sometimes.

But I also think that behind that is a desperate desire not to be thought of as "weird." It's kind of like admiting that the whole gender-dysphoria thing is WACK and that I I'm distancing myself from how weird it is.

I will say that if I could have "chosen", I'd have chosen NOT to have this.

But being trans for me meant accepting it-- all of it, including the fact that we dont' really know for sure what it is, or where it comes from. And so when I see people flying the flag of "it's just a medical condition" sometimes I worry that there's a desire in there to distance ourselves from other people. Who seem like they HAVE chosen this, and for whom gender-variance DOES seem like a game.

It used to irk me that, for some people--drag queens and gender queer people, to name two-- it did seem like a game, or at least something highly entertaining. Or about messing with people's minds, or challenging the "binary." You know the drill. Because none of it was ever entertaining, or fun for me, and I have other ways of messing with people's minds, and because, while I reject a "binary" sense of gender, I surely didn't go through this miserable process in order to make some sort of point about binaries. I just wanted to survive.

But now I feel like we're all in the same boat, and that all of these fights are my fight. And I am a lot less quick to start trying to defend myself as "really normal" and divide myself from other trans people. Even those that I can't identify with.

Posted by Jennifer Finney Boylan at 6:23 AM

I'm Spartacus, as any fule no.

There's two issues, the one of human rights, and the scientific detective story about causation.

I keep the two issues separate. I have never felt the need for "justification", but I really would like to know what the heck is going on to make me the way I am. And let those cards fall as they may. So far, every one has shown "neurology" as the cause, but it's not simple. Milton Diamond's gender identity formation theories I find most persuasive, they match my experience.

As regards the Human Rights issue though, causation is a large grey pachydermous creature with a long trunk. Totally irrelevant.

I think your fire is much bigger than you think. Very nice.

And as Zoe mentions, while I'd find an answer as to why I am the way I am, a crossdresser (nearest enough term for the time being), similar and yet different.

Still what matters is we share most of the same issues, human rights issues!